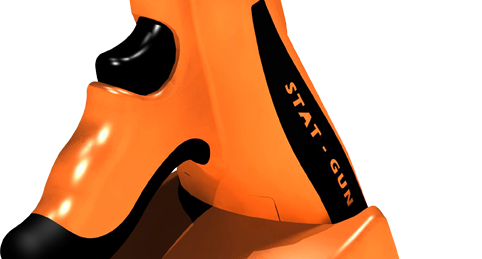 Static is the invisible enemy of the perfect paint finish! You may be surprised to learn how many every day, profit draining problems static causes…

Why is it a problem?

Most people appreciate that static charge is a major cause of paint film contamination, however all these other problems can also be caused by static: Non-consistent laydown of metallic, blending/colour matching problems, un-even application of material, dark edges, patchiness.

Even the best painters in the cleanest booths can’t escape the problems which static can cause. Static rarely causes problems which cannot be fixed, however the problems must be overcome using extra time and materials, which in turn decrease productivity

Where does it come from?

Many everyday processes within a bodyshop can cause static build-up, including sanding, panel wiping, tacking, blowing off, masking and even the application of materials. The final preparation process of tacking is one of the highest generators of static electricity. All these procedures incorporate some type of contact and separation with the panel, whether it is physical contact or air contact.

How can I remove it?

Eliminating the problems of static 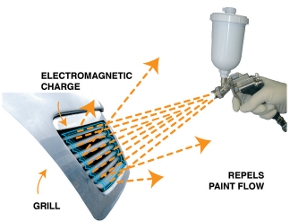 Differences in positive and negative static charge on a surface will prevent the paint film from applying evenly (however good the application technique!). Painters will use their skill to overcome the problems of uneven application, however this often results in overloading the surface and which in turn can incur further problems (runs, sinkage etc.). A grill is a perfect example of where static will not allow perfect paint flow and will often prevent coverage in all the corners of the grill. Removing static prior to painting will allow the paint to flow evenly across all areas. 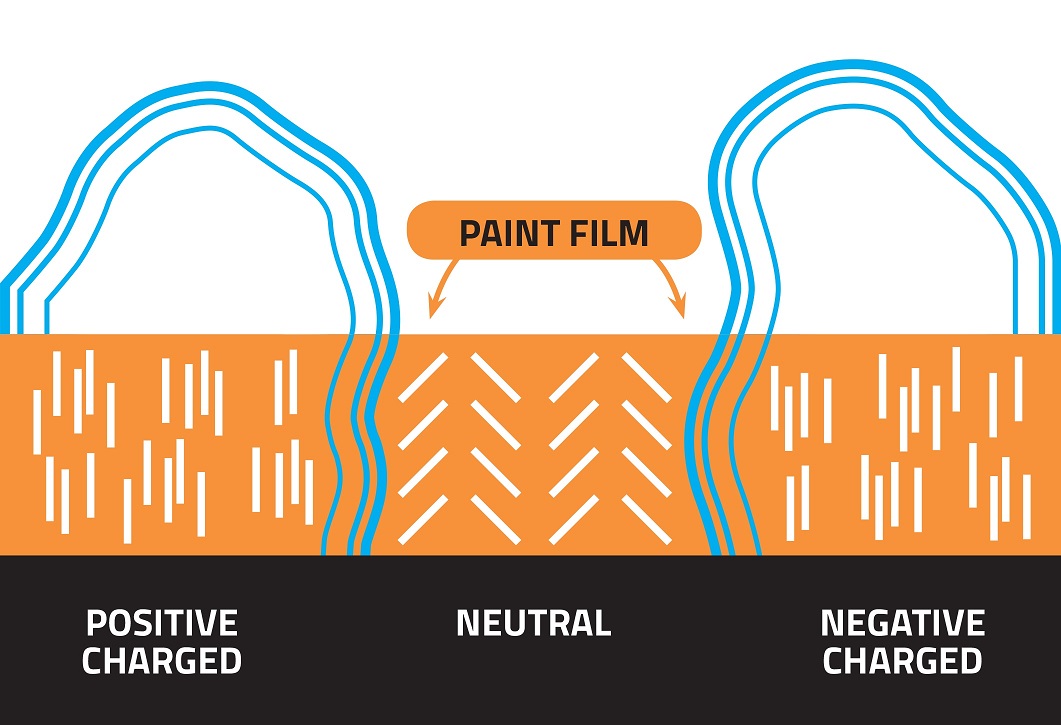 Metallic particles in paint react to static charge in the same way iron filings would behave when a magnet is placed underneath. The higher the charge the more upright the metallic will be forced to sit, in turn distorting the levels of light reflected from those particles. This can result in dark edges, patchiness, halo’s, in fact any area which shows an inconsistency between light and dark can be caused by metallics being distorted by static. It is imperative that all substrates on a vehicle have zero static charge before painting to bring a uniformity to the job. 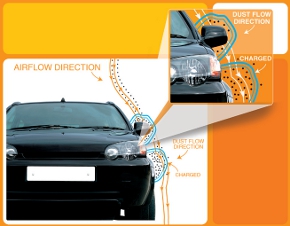 The smallest particles of dust and dirt within a job can incur costly rework, through additional labour and paint costs.

Panels that are statically charged form an electromagnetic field and, as the word magnetic indicates, attract any airborne particles from the surrounding area. A contaminated paint job requires time consuming nibbing and polishing. Once the static is neutralised, dust and dirt in the atmosphere is no longer attracted to the panel, and simply flows out through the booth exhaust filter.